It almost sounds too fantastic to be true, but a growing amount of research supports the idea that DNA, the basic building block of life, could also be the basis of a staggeringly powerful new generation of computers. 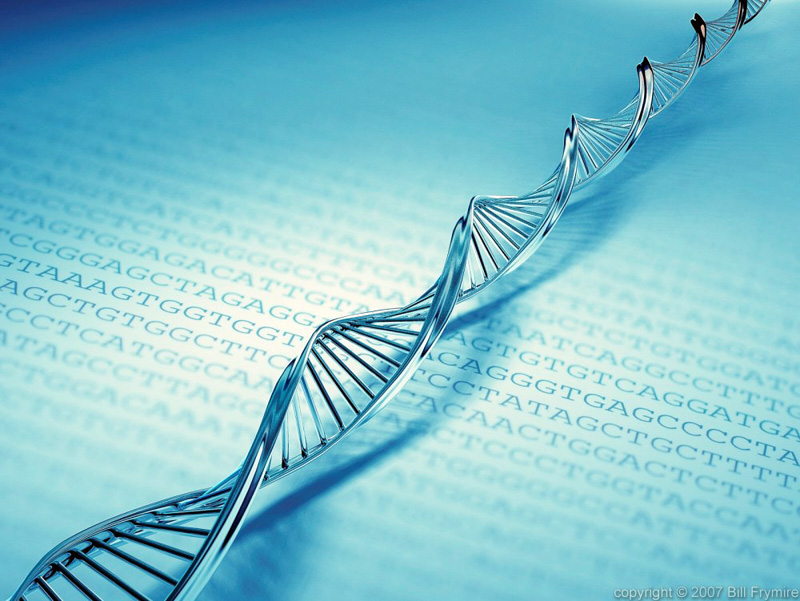 If it happens, the revolution someday might be traced to the night a decade ago when University of Southern California computer scientist Leonard Adleman lay in bed reading James Watson's textbook "Molecular Biology of the Gene."

"This is amazing stuff," he said to his wife, and then a foggy notion robbed him of his sleep: Human cells and computers process and store information in much the same way.

Computers store data in strings made up of the numbers 0 and 1. Living things store information with molecules represented the letters A,T,C and G.

There were many more intriguing similarities, Adleman realized as he hopped out of bed. He began sketching the basics of DNA computing.

Those late-night scribbles have long since given way to hard science, backed by research grants from NASA, the Pentagon and other federal agencies. Now a handful of researchers around the world are creating tiny biology-based computers, hoping to harness the powers of life itself.

They call their creations "machines" and "devices." Really, they are nothing more than test tubes of DNA-laden water, and yet this liquid has been coaxed to crunch algorithms and spit out data.

The problems solved by DNA computers to date are rudimentary. Children could come up with the answers more quickly with a pencil and paper.

They're also pursuing the idea that genetic material can self-replicate and grow into processors so powerful that they can handle problems too complex for silicon-based computers to solve.

Eventually, the scientists aim to create self-sustaining computers that can be used, for instance, on deep-space voyages, to monitor and maintain the health of humans on board.

DNA computing is born
What struck Adleman most that night he jumped out of bed was how a living enzyme "reads" DNA much the same way computer pioneer Alan Turing first contemplated in 1936 how a machine could read data.

"If you look inside the cell you find a bunch of amazing little tools," said Adleman, who made the first DNA-based computation in 1994. "The cell is a treasure chest."

Adleman used his computer to solve the classic "traveling salesman" mathematical problem -- how a salesman can visit a given number of cities without passing through any city twice -- by exploiting the predictability of how DNA interacts.

Adleman assigned each of seven cities a different strip of DNA, 20 molecules long, then dropped them into a stew of millions of more strips of DNA that naturally bonded with the "cities." That generated thousands of random paths, in much the same way that a computer can sift through random numbers to break a code.

From this hodgepodge of connected DNA, Adleman eventually extracted a satisfactory solution -- a strand that led directly from the first city to the last, without retracing any steps. DNA computing was born.

What these researchers are essentially trying to do is control, predict and understand life itself. So there's little wonder that their machines are decades away from being anything more than a neat laboratory trick.

Biologists are only now grasping the basics of how and why DNA unzips, recombines and sends and receives information. DNA is notoriously fragile and prone to transcription errors -- as the world's cancer rates prove.

These realizations and others have tempered initial expectations that DNA would ultimately replace silicon chips. Still, researchers in this field believe they remain on the vanguard of a computational revolution.

After all, a single gram of dried DNA, about the size of a half-inch sugar cube, can hold as much information as a trillion compact discs. Adelman senses that can be exploited somehow, some way.

MINI STORAGE
A single gram of dried DNA, about the size of a half-inch sugar cube, can hold as much information as a trillion compact discs.

Computers in a drop of water
One problem is that setting up DNA computers and extracting results from them can take days, sometimes weeks. Perhaps a bigger obstacle is controlling biological developments to generate accurate calculations. DNA doesn't always behave like it's expected to.

"We want to use that technology for astronauts for health maintenance," said NASA scientist Paul Fung, who helps administer Strojanovic's grant as part of a $15 million program to develop biomechanical sensors for use in space travel.

Ehud Shapiro of Israel's Weizmann Institute of Science envisions programming tiny molecules with medical information and injecting them into people. He received a U.S. patent in 2001 for a "computer" within a single droplet of water that uses DNA molecules and enzymes as input, output, software and hardware.

This year, researchers in his lab added a power source to the device, capitalizing on the energy created when DNA molecules naturally break apart. In February, Guinness World Records Ltd. called the team's invention "the smallest biological computing device."

"I think they will live together happily," he said, "and be used for different applications."

On Sunday, Strojanovic and a colleague published a paper in the journal Nature Biotechnology describing how they built a biological-based computer that can't lose a game of tic-tac-toe to man, and doesn't need any prompting from outside sources to compete.

"This is the kind of clever use of DNA computation," Adleman said, "that may eventually lead to practical applications."

Tweets by @GigaBytes
Tweets by gigabytes